What is a RFID System ?

A Radio Frequency Identification System is composed of transmitters commonly referred to as readers or RFID Encoders.

RFID receptors (labels, tags, markers) are composed of a microchip and a radio antenna. The chip contains the information pertinent to the different applications of identification whilst the radio antenna uses the radio frequencies to power the chip and transmit data. 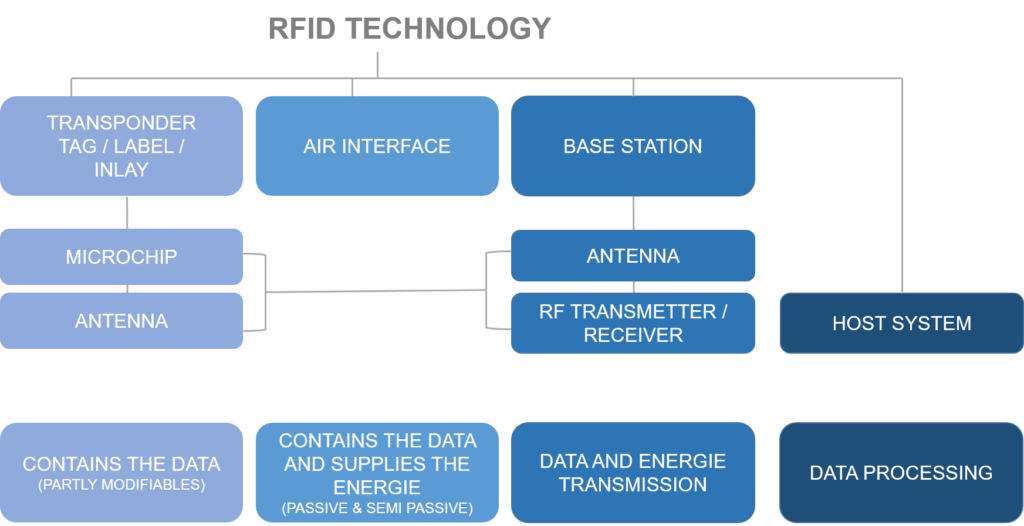 Most RFID labels are passive, meaning that they don’t require any energy source outside of the one sent by the reader and captured by the radio antenna. RFID readers emit radio frequencies continuously and activate every marker in their reading field.

The chip/antenna assembly, called inlay, is encapsulated in a label, tag or card to protect it. Paragon is the first RFID label manufacturer in France.

The radio frequencies used can vary and depend mainly on the reading distances necessary for the chosen RFID application.

RFID Transponders: A variable memory size depending on the application

Identification application when using radio frequency varies depending on the reading/writing and/or rewriting capabilities of the microchip.

First of all, each microchip contains a unique and unfalsifiable code, registered by the manufacturer during the production of the microchip. It’s called the Tag Identifier.

Then, most microchips have a rewritable blank memory generally called User Memory. This part of the microchip allows the user/manufacturer to store data and also to transmit that data to other equipment. Depending on the access rights of the user, some microchips authorise access to this memory zone. Once written, this memory can be rewritten or locked.

Finally, for Ultra High Frequency technology, a specific memory zone is used to encode the data linked to standard barcodes used in retail and logistics. It is called the Electronic Product Code (EPC) memory. It allows for the RFID to become “transparent” to ERP systems as this area of memory is read like a barcode. 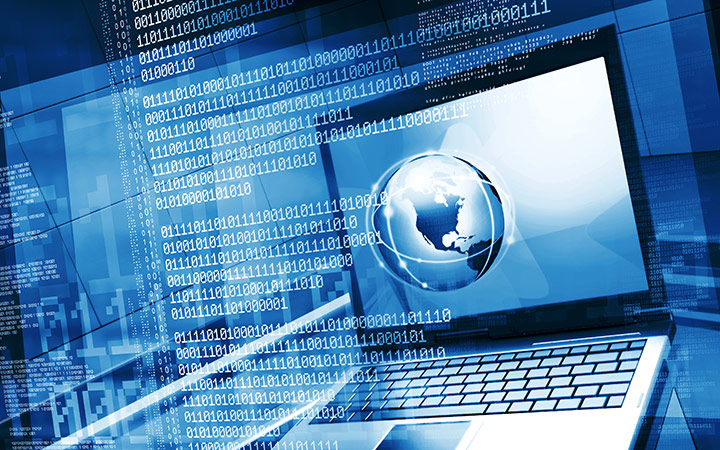 Are you interested in RFID technology and how it can help your business? Contact us and one of our specialists will discuss your project with you.